The Coolest Tesla Features You May Not Know About

Tesla and its features are very much the embodiment of Elon Musk. They are flashy, high-tech, witty, sometimes comical, and most importantly, unpredictable. 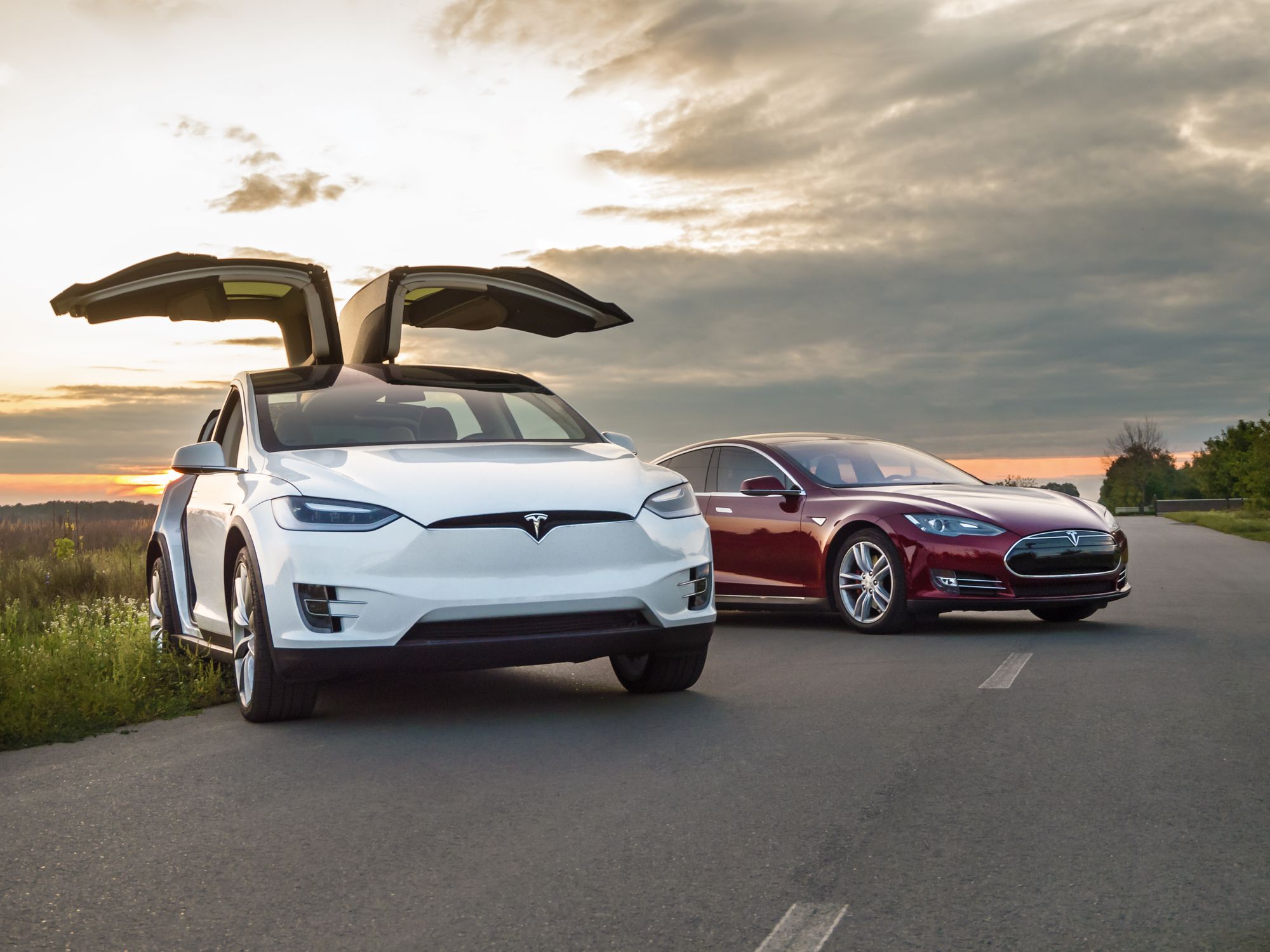 Tesla and its extravagant features are very much the embodiment of Elon Musk. They are flashy, high-tech, witty, sometimes comical, and most importantly, unpredictable. The charismatic Tesla owner does not hold back when it comes to integrating the Tesla model with different features. These unorthodox features are something that sets Tesla apart from other automakers.

Even though other electric cars may share the same base specifications as Tesla, such as fast charging, acceleration, and touch screens, yet, they still cannot match the uniqueness and creativity of Tesla. No car has as many hidden features or settings as a Tesla, making Tesla more than just a commuting vehicle.

The earliest forms of autopilot were merely just safety protocols. It made driving less stressful and kept the car at a distance from nearby traffic. It also helped the car slow down or stop in the presence of approaching traffic.

Today, these features are nothing out of the ordinary, and all of Tesla's models integrate them as a part of their basic security system. The newer safety features of Tesla are considerably better. How are they better?

All Tesla’s are equipped with automatic braking as a prerequisite. What was first an exclusive feature, is now a basic integration. The automatic braking system of Tesla has been life-saving in some instances. The sensors on a modern Tesla have a faster reaction time, which results in more precise and accurate stopping.  Other self-driving features include lane change assistance and automatic parallel parking

Automatic driving is currently advancing into a spectacular Tesla upgrade. Even though full autonomous driving is still in its infancy, the tests and applications look very promising.

In autonomous mode you can drive the Tesla without your hands on the steering wheel. You can expect the car to be entirely independent of the driver, stop at traffic lights and stop signs, change lanes, overtake cars, and park all by itself.

For now, the full autonomous driving mode is an upgrade limited to only a few Tesla owners, as it has had a rough patch adjusting to dense, urban, and high traffic situations. For a more in-depth critique of Tesla’s driving assist modes, read here.

We cannot talk about the entertainment of the Tesla model without mentioning the Easter Eggs. These refer to the many apps that you find on the infotainment interface which make the Tesla experience even more fun and enjoyable. Here are a few examples of some unique Easter Eggs:

This feature is a clear example of one of Tesla's insane and fun ideas. With this feature, you can make the car produce a range of different farting sounds from different areas of the passenger seat. For pranksters and banter-loving folks, this feature can offer comic relief and a few good laughs from your kids and friends.

Tesla’s infotainment option has modes that cater to all situations including some alone time with your loved one. Amongst many other applications, selecting the romance mode helps cozy up the car’s environment, and a log fire appears on the main screen. Along with the log fire display, the HVAC vents also begin to emit warm air that helps set the mood.

Nevertheless, romance mode is not only limited to dates, but is also helpful in the colder times, with friends, or with family.   Watch this video for a better understanding of the Easter Eggs app.

What better way to use the infotainment screen if not gaming. Tesla’s gaming options aim to eradicate the problems that come with spending long boring hours on the road. The graphic support and gaming system of a Tesla is as good as any gaming console that you can find.

A particularly interesting game in the Tesla infotainment is Beach Buggy Racing. Although the game may be outdated, playing it inside a Tesla offers a truly unique experience. This is because you can use the Tesla’s steering wheel, brakes, and acceleration to control the car that you see on the screen, making for a gaming experience you can’t find anywhere else.

Everyone is familiar with car alarm systems and dash cameras. However, with Tesla’s Sentry Mode, the security and alarm system is taken to the next level. Unlike conventional alarm systems, the alarm does not go off only when an intruder touches and clashes with your car.

Instead, the sentry mode in Tesla does not wait for the intruder to make the first move and will start to go off if someone is suspiciously close to a Tesla too long. Moreover, Tesla also does not ring the conventional sirens but replaces that with classical music. Again, with Tesla, you can expect a dramatic effect.

Does Tesla have a regular alarm?

Tesla does have normal alarm functionality. The alarm will sound and external lights will flash if the driver leaves the trunk locked or door opened.

If you are a dog owner, then you should be aware of the dangers that come with leaving your dog inside a parked car for a prolonged time. Many people fail to realize that the temperatures inside a car can get dangerously high for dogs. Moreover, it concerns others to see dogs inside a locked car unattended.

To counter this problem, Tesla helps integrate features that make the car dog friendly. Dog owners that wish to leave their dogs inside the car for a while can do so by putting the car into dog mode.

During dog mode, Tesla maintains the interior temperature so that it is safe for the dog, and leaves a message on the screen that addresses to passerby's that their owner will be back shortly and the temperature is reasonably set. Learn more about this feature and its usefulness.

Tesla has revolutionized the modern-day car key system. It does this by putting it out of existence. So how do you get into the vehicle without a car key? Well, there is one of two ways. The first and the coolest is with the Tesla car application on your smartphone.

Once the app is on your phone, all you have to do is have your phone in your pocket. You do not even have to open the application. The phone connects to the car’s system through Bluetooth, and once you are close to it, the car recognizes your phone and unlocks on its own.

When inside the car, you do not even have to bother putting the key into the keyhole. To start the car’s engine, you simply put your foot on the brake, put the car into drive, and accelerate away.

So what do you do if you want to lock your vehicle? Well, the reverse holds for unlocking it. Just as you walked towards your car to unlock it, you just simply shut the door and walk away to do the opposite.

Moreover, the app also has plenty of other features that allow you to make the car honk, flash its lights, lock, unlock and even reverse at the touch of your screen. The app also allows you to set the exact top speed of your car. This means that if you are concerned when someone else is driving your Tesla, you can limit the car’s top speed.

You may think that Tesla is completely app dependent, and there is no way of getting inside the car without your phone. However, in the absence of your phone, you can use a key card. This refers to a credit-card-shaped card that you can fit very easily inside your pocket or wallet. Simply by placing your wallet above the door, the car’s sensor identifies it and unlocks the door. Similarly, if you place this wallet beside the cup holder, the car will instantly start.

In terms of heating, venting, and air conditioning system (HVAC), Tesla has changed the game. In a Tesla, you will only find one enormous air vent that spans across the dashboard. Below this air vent, you find another vent that is blowing the air upwards, while the main air vent blows air straight. The angle between the two airflows is what helps adjust the vent systems.

Since Tesla’s minimalist interior design does not come with toggles or buttons to control the air vents, you use the touch screen to direct the air.  With the help of high-resolution simulated graphics on the touch screen, you can precisely adjust airflow. These in-depth graphics show the air flowing out of the vents in high definition making this Tesla feature seem out of this world.

The sound system inside a Tesla is of the highest quality. The car has about 15 speakers and produces a stereo sound system that makes you feel like you are at a nightclub or concert. Furthermore, the car also has a digital audio workstation. If you have a knack for producing some catchy tunes out of scratch, with the Tesla, you can do it while waiting inside your car.

The Ring Car Connect is an aftermarket security upgrade to the Tesla that allows you to watch and download recorded footage taken from cameras around your vehicle. Easily connect to the Ring App to see all angles. Connect both to Sentry Mode and enjoy footage taken while driving.

Tesla’s features are revolutionary, and a clear example of how technology’s main drive in the 21st-century predicates upon user experience. The future is bright for Tesla  cars and the best part is its economic price for a vehicle that includes so many uniquely cool features.