Should I charge my Tesla every day (or night)?

What are the pros and cons of frequent charging? We took a look at all the factors, so you don’t have to, and here is what we found.

One of the first questions every mindful Tesla owner asks after taking delivery is: how often should I charge my car? Is it best to fill up the battery every night, or are there negative consequences to frequent charging that might increase energy consumption or harm the battery in the long term? What are the pros and cons of frequent charging? We took a look at all the factors, so you don’t have to, and here is what we found.

The Tesla owner’s manual for a Model S says in no uncertain terms, “the most important way to preserve the battery is to LEAVE YOUR VEHICLE PLUGGED IN when you are not using it.”1 It also states that “there is no advantage to waiting until the battery’s level is low before charging.” If you are satisfied accepting Tesla’s position as the final word on the matter, then you don’t need to read any further, as that should be plenty to close this tab. The instructions are more or less identical for the Model 3, X, and Y. And Tesla has a very good point, there are quite a few reasons why plugging in every time you get home will keep you and your EV very happy. But there is definitely a bit more nuance to consider, so if you are interested in the details, we would suggest you keep scrolling.

The most obvious reason to charge every day is to increase the range available to you at the start of any given outing. The longer you drive without plugging in, the less juice you have left for your following trips. However, according to the Federal Highway Administration, the average American only drives 37 miles per day, far less than the range of a fully charged Tesla.2 The Standard Range Plus version of the Model 3, which has the lowest range estimation of any car Tesla currently offers, gets an EPA estimated 250 miles of range on a full charge, or enough for the average American to drive nearly a full week before depleting their battery completely.3 If this was all there was to consider, you could skip several days and likely never run into problems.

However, the range contained in a brand-new battery charged to 100% is not the range you should rely on every day. As a Tesla ages, its battery capacity slowly drops, approaching a 10% reduction after 185,000 miles according to crowd-sourced data.4 Lithium ion batteries are also damaged when they spend time in the very high and very low ends of the charge spectrum, which is why Tesla ships the car with a maximum charge limit of 90% by default, and recommends you stay above 20% if you can.5 Additionally, vampire drain from a Tesla’s computer and auxiliary systems can use up a small amount of battery every day the car sits idle, slightly speeding up your car’s descent toward empty.6 These restrictions might make it seem like you should charge as often as possible to keep your battery healthy. But even with high mileage degradation, on a low range model, following strict battery health instructions, you only need to charge about once every four days if you drive average amounts.

There is one more benefit to charging every time you arrive home, and it is not to be overlooked. Tracking your charge level across multiple days to remember when to plug in requires mental effort, and for a lot of owners, that simply isn’t worth it. It can be easier for some to plug in whenever and wherever they arrive, always keeping maximum range on hand for spur-of-the-moment drives, and not thinking about the rest. If that is you, more power to you! But if that isn’t, and you want to optimize around your wallet and car at the expense of your level of zen, there are a few drawbacks to consider before adopting the daily plug-and-play mentality.

One drawback to charging every day, especially in cold climates, is that you will increase the amount of energy you lose to preconditioning. The chillier it gets, the quicker these losses start to add up. Preconditioning is the term for heating the battery to the optimal temperature for charging, and it is essentially wasted electricity that occurs at the beginning of a charge cycle. If your battery routinely needs to be warmed before accepting charge, you will save on electricity by charging your Tesla once from 10% to 90% instead of four separate times adding 20% each. Verified owners on Tesla’s official forum have noted significant enough savings that some have elected to drive longer between charges during colder months.7

Another drawback to charging too often is an increase to your battery’s cycle count. This concept is pretty nuanced, so let’s define a few terms first. A battery’s cycle count is the number of times it is charged and then discharged, regardless of the energy used. A battery’s depth of discharge, or DoD, is the percentage of full capacity each cycle uses. There are many, many different battery formulae used across the world that still qualify as lithium-ion, but generally speaking, increasing your depth of discharge a bit can get more total life out of your battery.8 At 10% DoD, a lithium-ion battery can be expected to endure about 15,000 cycles before its capacity drops to 70% of new, while at 20% DoD, that number drops to 9,000 cycles. However, since each cycle in the latter case gets double the range (20% vs. 10%), the battery in that scenario gets the equivalent of 18,000 cycles at 10% DoD, and is therefore healthier and lasts longer. 10% of a Tesla’s range is somewhere between 25 to 35 miles, which is right around what the average person drives in a day, meaning charging every other day will get more life out of your vehicle. Careful though, as your discharge depth ramps closer and closer to a full 100%, it actually gets significantly worse for your battery health, which is bad news for those pushing their Teslas to the limits.

Many EV owners also pay for electricity on a time-of-use rate schedule, meaning their prices fluctuate based on the time, day, and season in which they draw power. If this describes you, and you typically plug in right when you get home from work, you could be paying a premium to charge your Tesla at peak pricing. Weekend rates typically offer significantly simplified and reduced rate schedules, meaning delaying a charge from Friday to Saturday could cost you up to 10 times less on some plans. Fortunately Optiwatt offers a free app that will automatically schedule your Tesla to charge during off-peak rates.

Charge your Tesla the Smart Way!

Optiwatt automatically schedules your Tesla to charge when electricity rates are cheapest. The best part? Optiwatt is free to use, forever.

The final reason to consider driving a bit more between charges is that the regenerative braking feature of a Tesla is limited and even disabled entirely at very high states of charge.9 If you are charging your car past 90% every day, you will lose the ability to recapture some of the energy dissipated when you apply the brakes. In this scenario, you are better off allowing your car to spend more of its time in the middle of its battery limits, where you can pump up your efficiency numbers by taking full advantage of that regenerative technology.

Summing it all up

In the end, Tesla's guidance to plug in your car as often as humanly possible is designed to keep maximum range under the hood, both so range issues don't impact your decision to buy another, and so you don't deplete your battery regularly which is harmful to its long term performance. Most owners will do just fine following this advice, especially those who push their range capabilities on a daily basis and those who don't want to think about following a more complicated charging schedule.

However, assuming you drive close to the American average of 37 miles per day, you can further optimize for your wallet and battery health by plugging in slightly less often. Charging once every two or three days in off-peak electricity pricing periods will cost you less, by saving on preconditioning and maximizing regenerative braking. It will also increase the life and value of your lithium-ion battery as it ages, by lowering your cycle count and increasing your average depth of discharge.

When it comes down to it, only you can decide what charging habits are best for your car. We have laid out the primary benefits and drawbacks of plugging in every night, and hopefully they are helpful in steering you towards an optimal schedule for your situation. Whether you want maximum range at your fingertips, just don’t want to think about it, or want to squeeze every last cent of value out of your purchase, we at Optiwatt want you to be happy in your Tesla, both in the garage and out on the road. 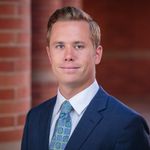